This section is under constant review.
Please stay tuned for possible updates.

This time, the 2023 Empro Classic  Spain will be held in Alicante again.

It will be an amazing weekend, where the best athletes will meet with the aim to achieve the such desired professional card awarded by the IFBB PRO LEAGUE.

This Pro Qualifier Contest will be open to ALL amateur athletes worldwide regardless of their federation affiliations.

The IFBB Pro League Pro Qualifiers are the ONLY way to compete on the IFBB Professional League stage, including the OLYMPIA.

In addition, the most outstanding companies in the sector will have the opportunity to present all their novelties at the EXPO that will take place in the Alicante VB Spaces Center, at the same time as the competition. 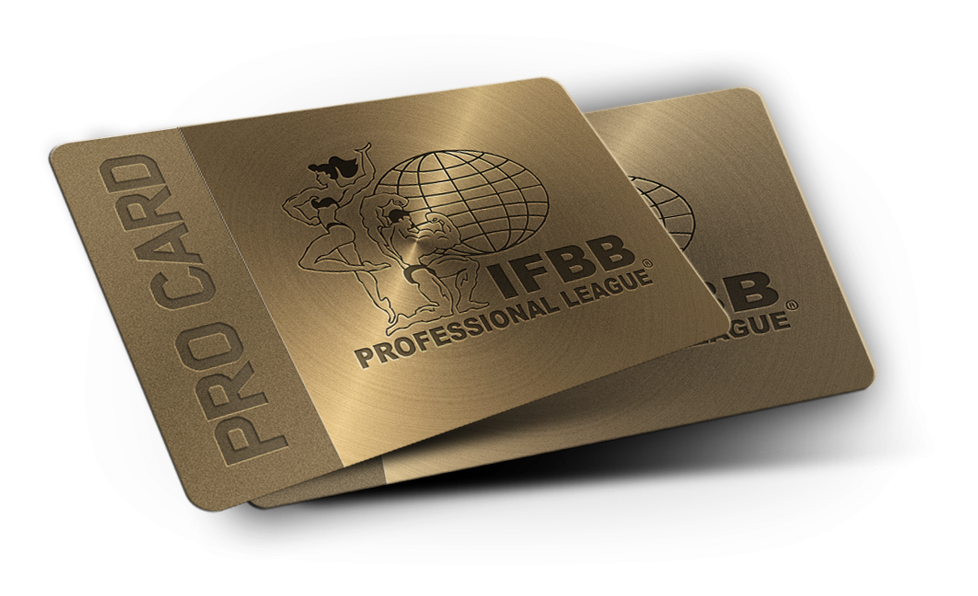 Alicante, or Alacant, both the Spanish and Valencian being official names, is a city and port in Spain on the Costa Blanca, the capital of the province of Alicante and of the comarca of Alacantí, in the south of the Valencian Community. It is also a historic Mediterranean port. The population of the city of Alicante proper was 330,525, estimated as of 2016, ranking as the second-largest Valencian city. Including nearby municipalities, the Alicante conurbation had 452,462 residents. The population of the metropolitan area (including Elche and satellite towns) was 757,085 as of 2014estimates, ranking as the eighth-largest metropolitan area of Spain.

Amongst the most notable features of the city are the Castle of Santa Bárbara, which sits high above the city, and the port of Alicante. The latter was the subject of bitter controversy in 2006–2007 as residents battled, successfully, to keep it from being changed into an industrial estate.The Santa Bárbara castle is situated on Mount Benacantil, overlooking the city. The tower (La Torreta) at the top, is the oldest part of the castle, while part of the lowest zone and the walls were constructed later in the 18th century. The promenade Explanada de España, lined by palm trees, is paved with 6.5 million marble floor tiles creating a wavy form and is one of the most lovely promenades in Spain.

Find the latest developments in the sector. For two days, the best companies of fitness, sports nutrition and food, machinary and training equipment, all kinds of sports accessories, clothing… will be present at the EXPO. Alicante (Spain) 16 km away from Venue. Madrid (Spain) 426 km away from the Alicante. Barcelona (Spain), 525 km away from the Alicante.

IMPORTANT INFORMATION: All the costs of traveling, hotel accommodations, transport from and to the airport and meals are the responsibilities of the individual athletes. 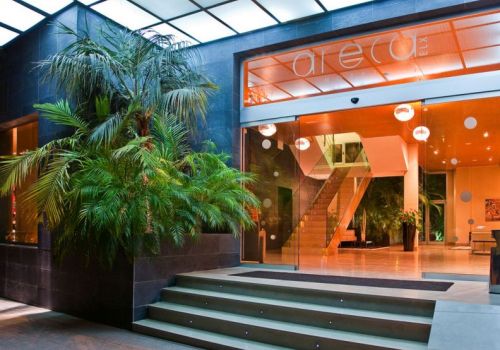 Special prices for the event. Please indicate: EMPRO CLASSIC when doing the reservation.
In order to enjoy this offer, YOU MUST INDICATE YOUR ARE COMING TO EMPRO CLASSIC. 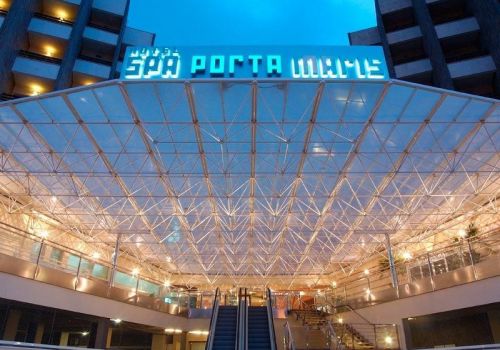 Sercotel Spa Porta Maris is a luxurious 4-star hotel in Alicante, located between the Postiguet beach and the Alicante marina, with excellent panoramic views of the sea and right in front of the new Mediterranean Casino. Reference: EMPRO CLASSIC 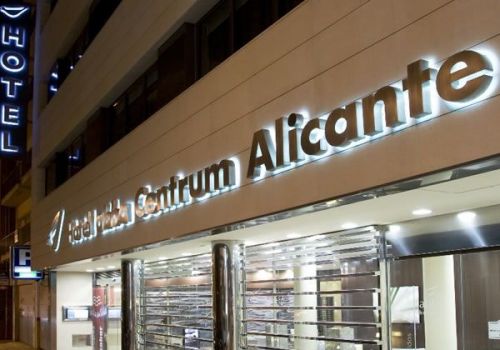 Abba Centrum Alicante Hotel is a four star hotel, which has an excellent location. 10% discount over existing prices on booking.com or www.abbahoteles.com * If places are available. Referral: “EMPRO CLASSIC”. 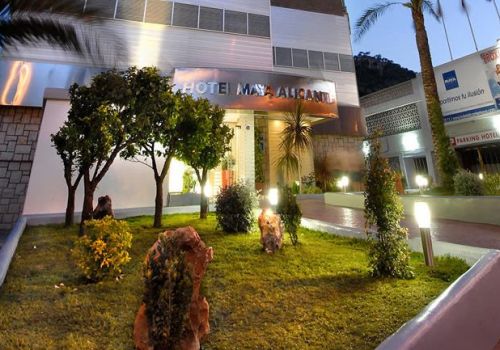 The Hotel Maya Alicante is at the foot of Mount Benacantil and the famous Castle of Santa Barbara, from which you can enjoy a fantastic and complete view of the bay of Alicante. REFERRAL: “EMPRO CLASSIC” 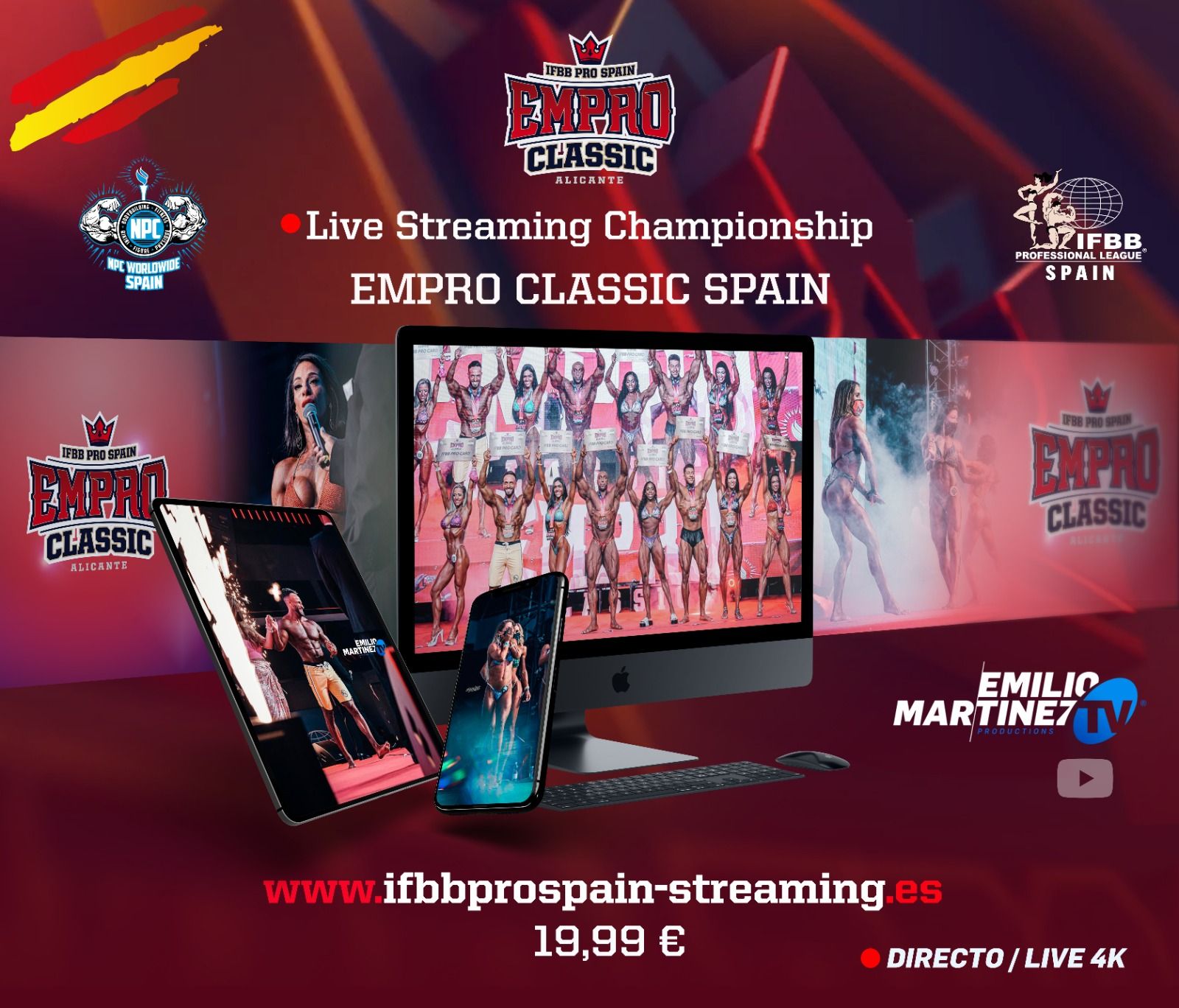 Enjoy all the SHOW IN LIVE from any device.
After the show you will have the recorder of the show to replay.

This Competition is open to all athletes and federations worldwide. EMPRO CLASSIC amateur is an open contest. The number of athletes to participate is unlimited.

PRO QUALIFIER CONTESTS do permit competitors to crossover into all classes.

The Official Athlete Registration will be conducted on
Friday, June  16th, 2023 in VB SPACE (ALICANTE)

Remember that all athletes will have to show proof of payment at the registration. 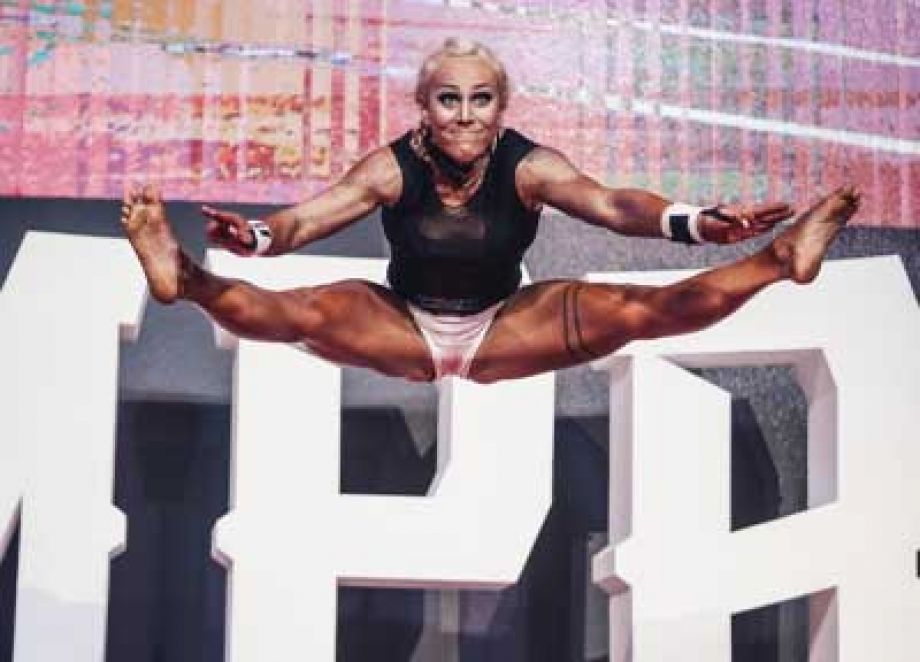 All posing music must be upload in Muscleware platform.

Each competitor must affix his name file name for easy identification. The use of profane, vulgar and offensive language is strictly prohibited in the posing music. 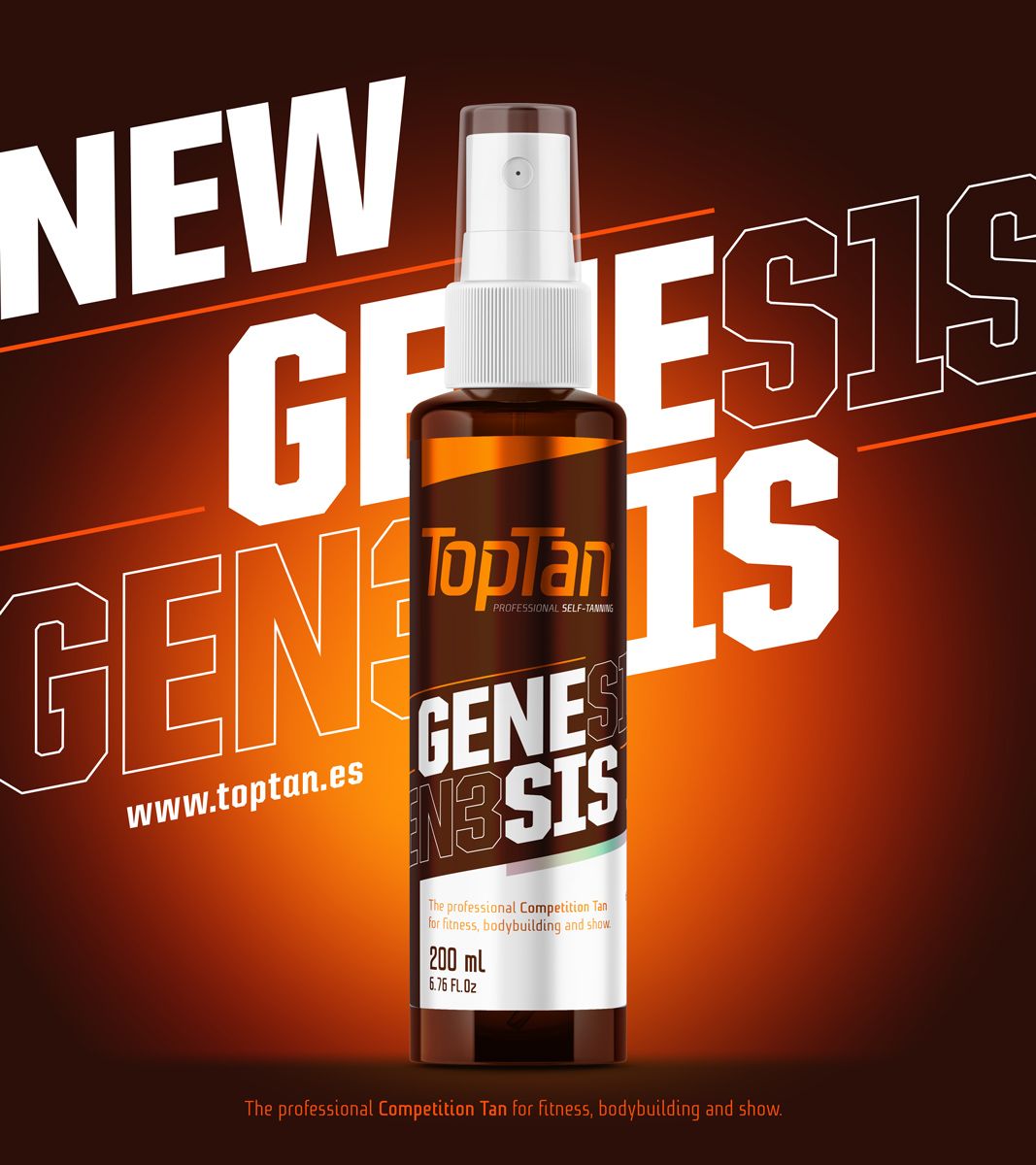 IMPORTANT INFORMATION: The Open Contest has banned all tans that can be wiped off. An official will check the tan of all athletes backstage and if the tan comes off by simply wiping, the athlete will be told to remove the tan before going on stage.

The Empro Classic Spain Registration Fee of EUR 260 (Euros) will have to be paid in advance online through at Stripe in Muscleware Platform.

Your coach can attend for a fee of 100€. This fee can be paid through the “Backstage Coach-VIP access” form. *Please make sure you include the name of the athlete in the NOTE FIELD.

In this category only those athletes who cross over with the Empro Classic qualifier (260€ ) will be able to choose the pro card.

The coach pass for the locker room area is 100€ extra. The registration will be made in the specific form “Backstage Coach acces”.*

*Judges will score competitors according to the “total package”, which is a balance of size, symmetry and muscularity. 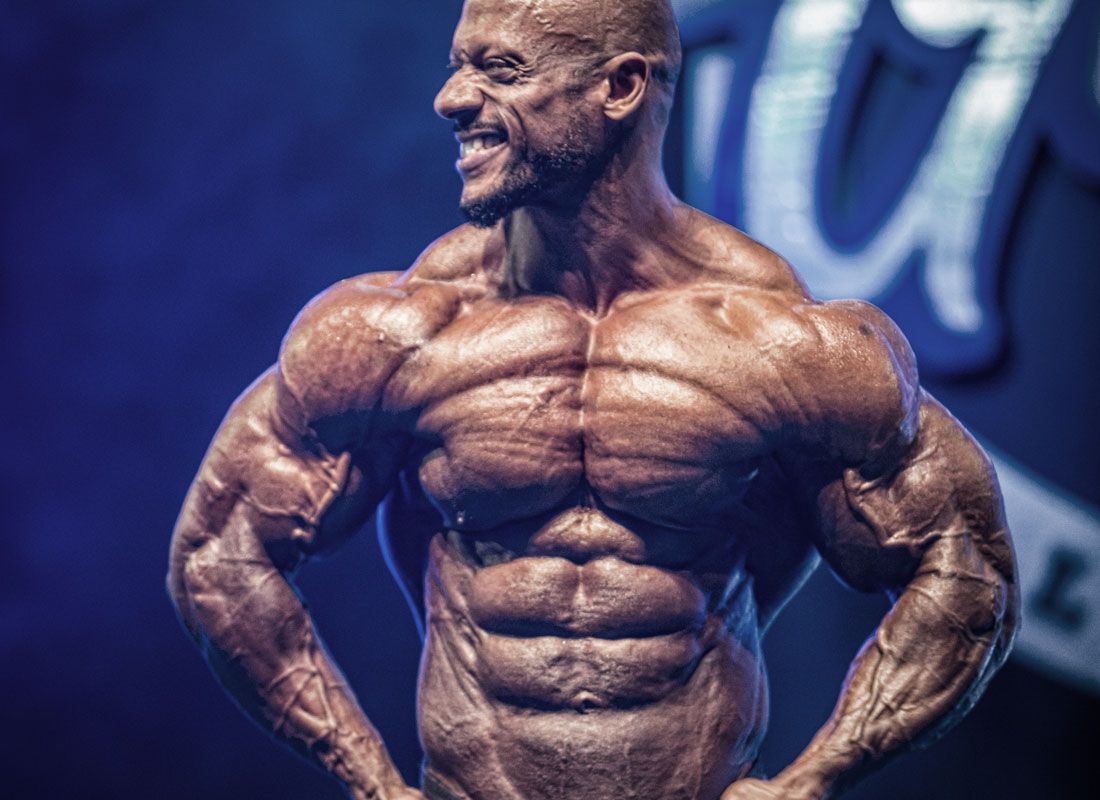 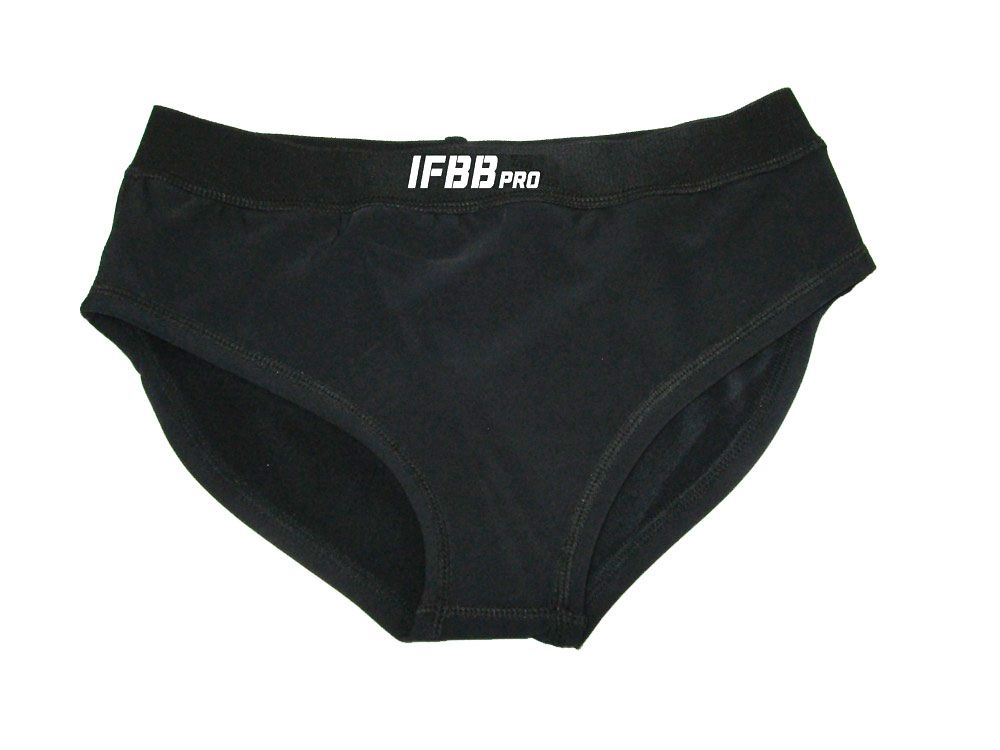 The Judging is scored 100% and will consist of comparisons of the quarter turns and the following “5” mandatory poses:

ONSTAGE
Competitor numbers must be worn on the left side of the shorts at all times while onstage.
The “Moon Pose” is prohibited.
Gymnastic moves are prohibited.

MUSCULARITY AND BODY CONDITION
Judges will be looking for fit competitors who display proper shape and symmetry combined with muscularity and overall condition. This is not a bodybuilding contest so extreme muscularity should be marked down.

STAGE PRESENCE AND PERSONALITY
Judges are looking for the competitor with the best stage presence and poise who can successfully convey his personality to the audience. 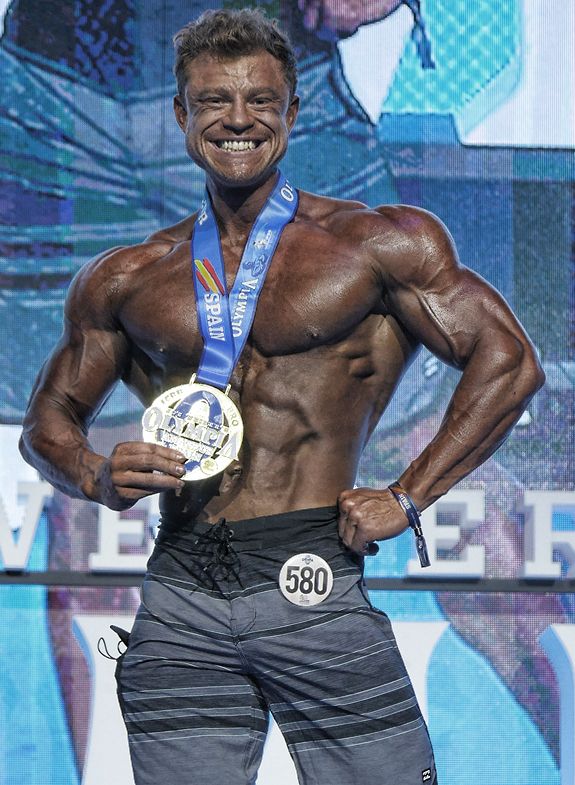 PRESENTATION
Competitor numbers must be worn on the left side of the suit bottom at all times while onstage
Each competitor, in numerical order, walks onstage and performs their “Model Walk” (personal preference). The “Model Walk” is described as follows:
Walk to the center of the stage, stop and do a front stance, then a full turn and do a back stance, then turn to the front again and face the judges. Length of time allowed is 30 seconds.

JUDGING AND SCORE
The Presentation and Comparisons are scored 100% using the following criteria: 1. Balance and shape 2. Overall physical appearance including complexion, skin tone, poise and presentation. 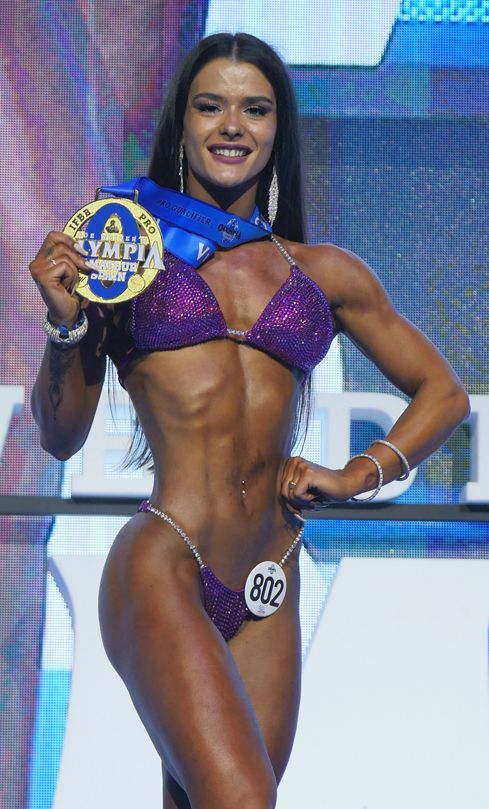 Competitor numbers must be worn on the left side of the bikini bottom at all times while onstage.
Competitors compete barefoot.
The “Moon Pose” is prohibited.
Lying on the stage is prohibited.
Gymnastic moves are prohibited.
IFBB OFFICIAL DOC 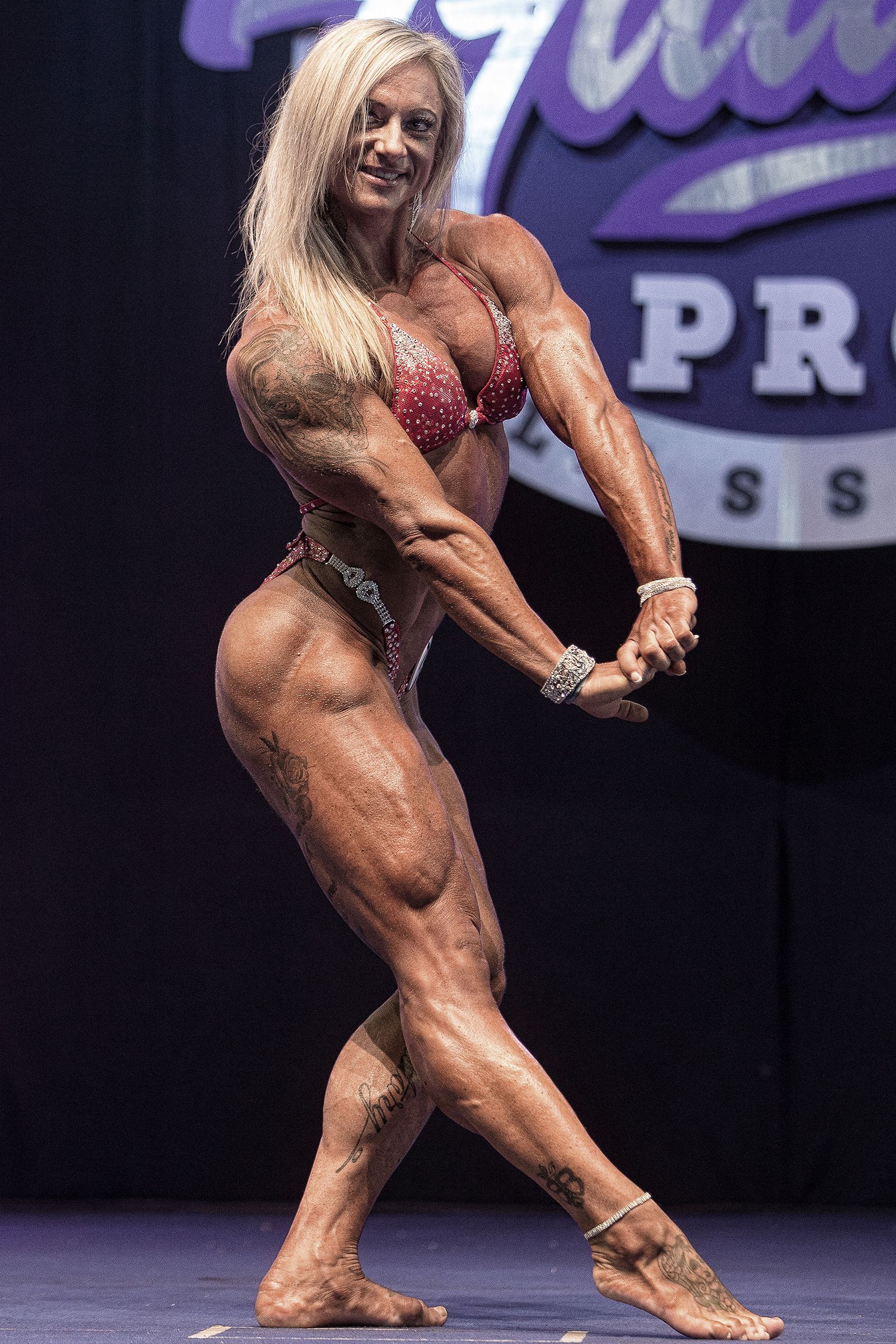 The fitness routine is scored 100% based on the following criteria: 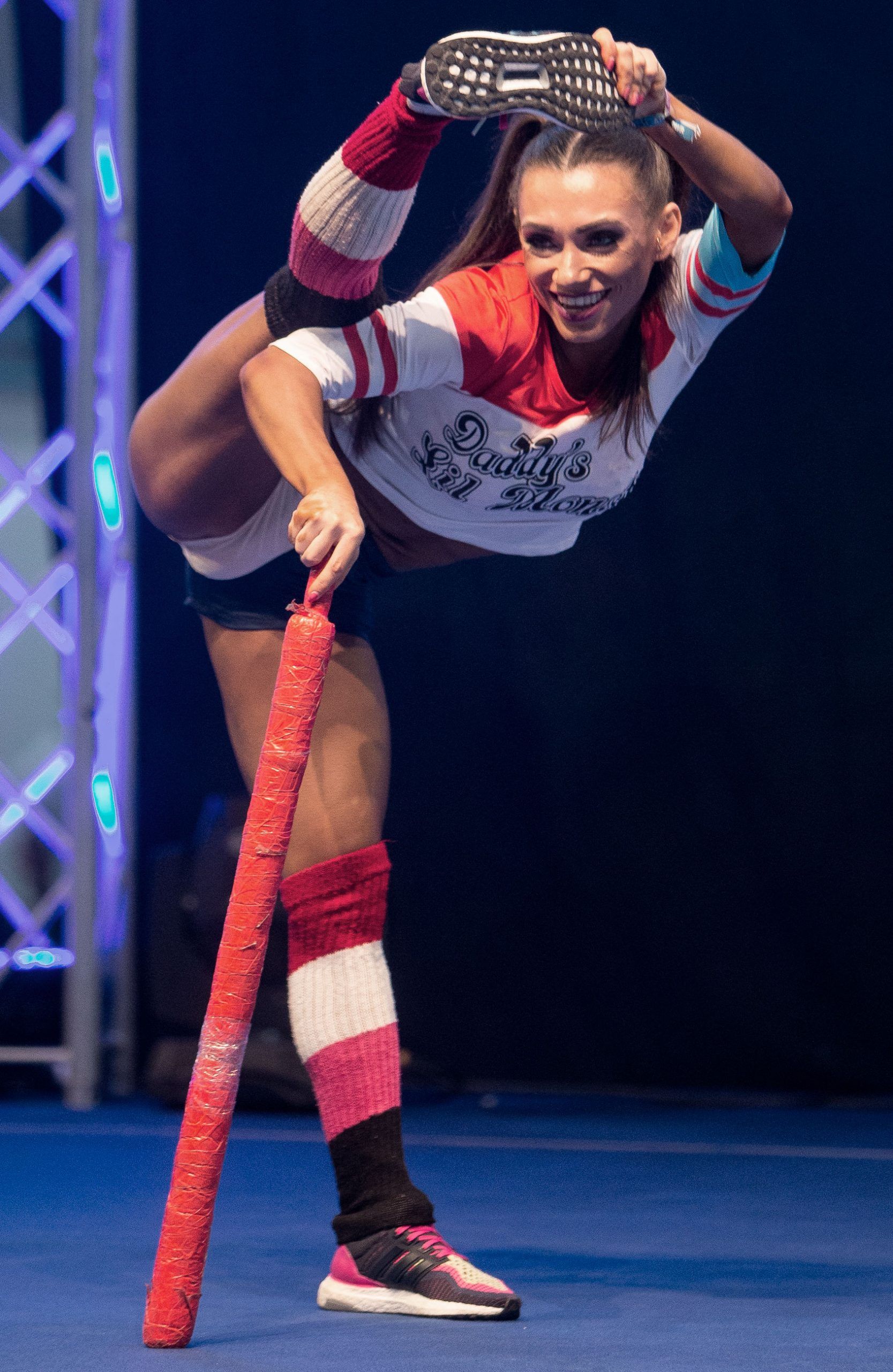 Each competitor, in numerical order, walks to the center of the stage and performs the quarter turns. Length of time allowed is 30 seconds.

The Presentation and Comparisons are scored 100% using the following criteria: 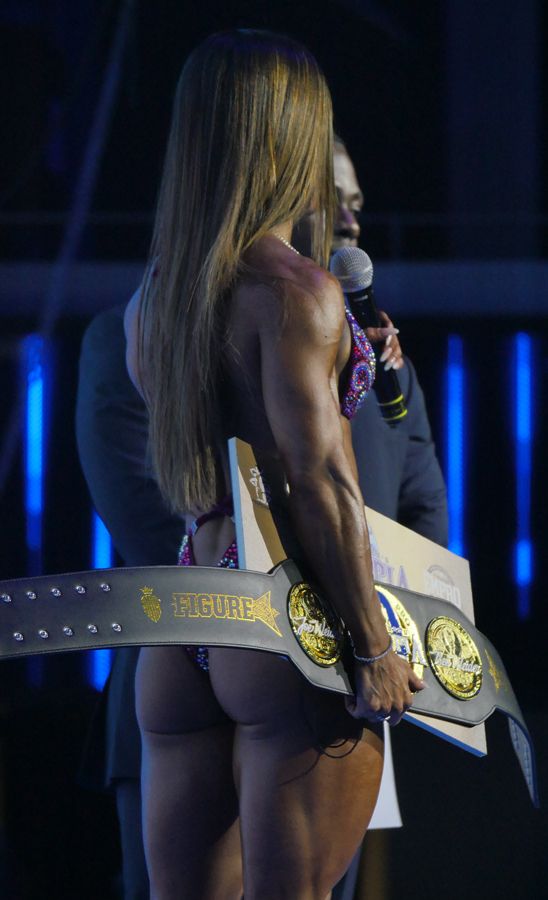 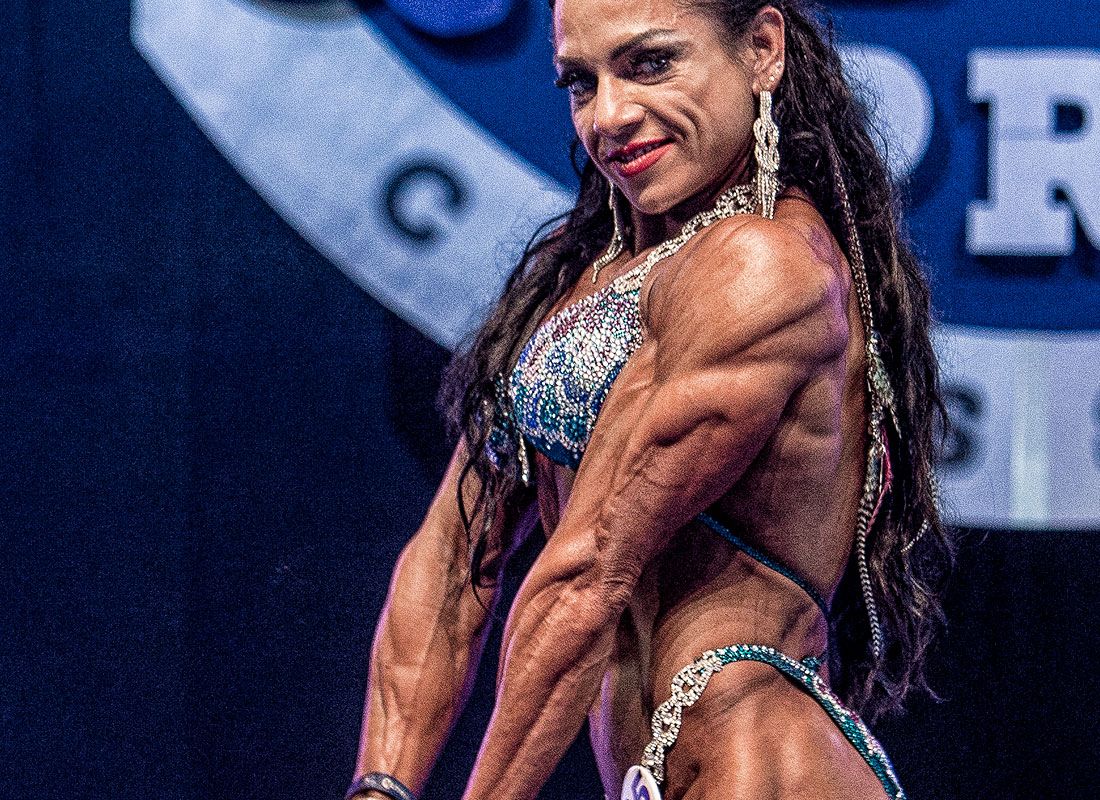 The judging panel is determined by the IFBB Professional League.

All media must submit your request to admin@Emiliomartinez.com no later than may 15th, 2023.

The national currency in Spain is EURO. All major credit cards are widely accepted at most major hotels, department stores and restaurants. You may be requested to show your passport.

EU-country citizens do not need to obtain a visa. All other countries should consult the Spanish Embassy in their country to determine if they need a visa. All National Federations could ask for an Invitation letter either to the Championship Organizer or IFBB Professional League. The invitation letter does not mean you are granted your visa. IFBB Professional League and Championship organizer are not responsible of attendants visas.

This section covers Spain’s east coast on the Mediterranean Sea and include Alicante. During the month of June, the daily temperature is minimum 17 °C (63° F) and maximum 27 °C (81 °F).

The official language in Alicante is Spanish. English is widely spoken in hotels, restaurants, shopping centers and tourist areas.

Made with ❤️ by Tu Desarrollo Digital S. L. & Brandalos